Off The Record Journal

The Telematics Blog: Musings of CanadianPI

Parents Beware: The Dangers of Snap Maps According to a Private Investigator 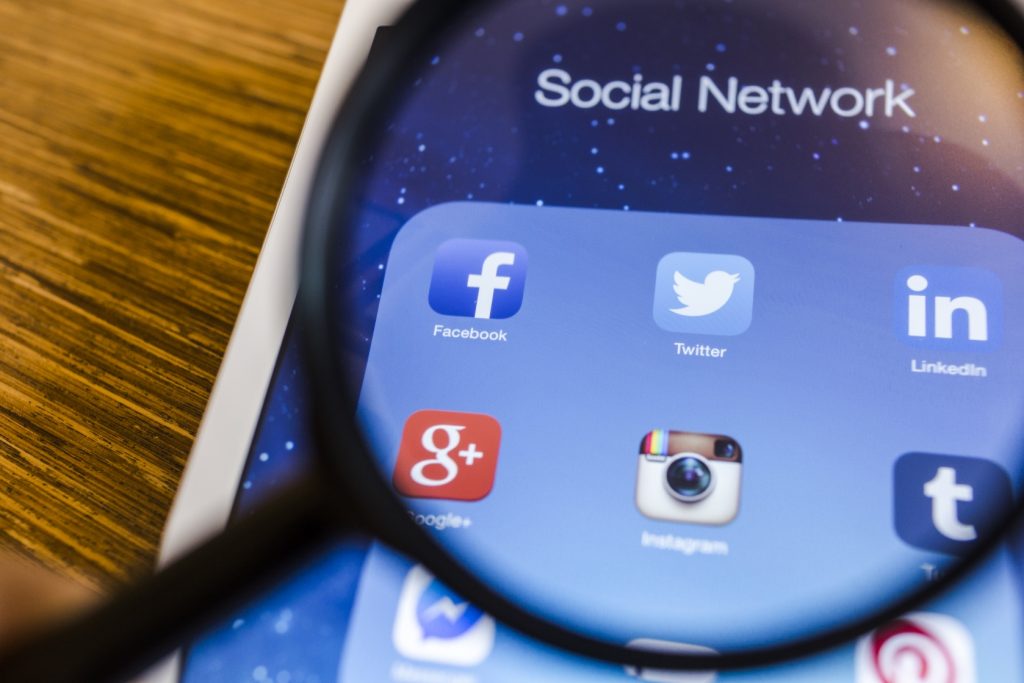 Social Media: A Tool for the Good Guys

Circa 2008ish, like millions of others, I used to like to play Zynga Poker on Facebook to kill time. I wasn’t advancing quickly enough to the “high roller” tables so I created multiple fake FB profiles (more than I’ll ever admit to) and with a few laptops, I would link up these fake accounts in an empty poker room to quickly transfer coins between them (or hustle the odd unsuspecting player who joined the room with me, myself and I). Shameful, I know! I hang my head in shame!

It was an elaborate scheme with spreadsheets of usernames, passwords and email addresses. Ok, it wasn’t that elaborate, but in hindsight my moral turpitude to online games has proven to benefit my clients during the course of my career. These alias accounts are very much still alive and well and used regularly for investigative purposes.

Today, these fake profiles are used to gain access to a subjects profile using nothing more than a simple friend request. By posing as an old friend, former associate or past classmate, my office can usually get “friended” quite easily after doing some quick research on the subject and making a few quick changes to a past school, place of employment and by adding some content they will identify with, and voila, we can then view their private posts, photographs and their contacts with what appears to be long standing and established identity (the long lost person they forgot about).  The point is these are not accounts set up yesterday and cover almost every demographic imaginable. They have an established history almost as old as Facebook itself. Life events can be added, modified and removed. When a profile is 2 days old, people get suspicious.

Using this method, I’ve found runaway children, located defendants in lawsuits, identified fraudulent disability claims (playing hockey or working under the table as a roofer isn’t a good idea if you have a back injury), obtained information surrounding dangerous criminal activity by a parent when a child was in their care, uncovered hidden assets in far-off-lands, the list goes on. Most investigators are not strangers to utilizing social media to glean information for the very same reasons.

We are bombarded daily by news of child abductions, Amber Alerts, child pornography and pedophilia almost to the point we are desensitized. As a PI (one of the good guys, bound by statutes, licensing requirements, codes of ethics and conduct), I absolutely love social media as a tool and could not imagine performing my duties efficiently without it. As a single parent of 3 boys, I worry about just how easy it is for one of the “bad guys” to cause harm to one of my children using the same methods I do. I’d like to think my offspring are savvy of technology, protecting their privacy and being aware of their surroundings both on and offline (having a dad as a PI, they’ll be the first to tell you he’s installed hidden cameras in the pantry when cookies go missing), but like most preteens and teenagers, they’re naive and will accept almost any friend request if it looks legitimate. 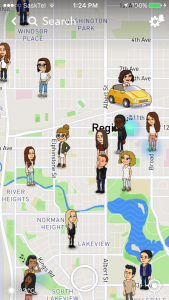 My oldest son recently showed me my Bitmoji overlayed on a map within his Snapchat app (which Snapchat refers to as an Actionmoji). In layman’s terms, my real-time physical location was on his map (along with 100’s of his other contacts). I was unaware of this new, downright creepy update put out by the good folks over at Snapchat. If that’s not creepy enough, Snapchat will retrieve current, recent or past data from your device like locations, speed of travel or time of day to project the best Actionmoji onto the map. Basically it will tell your contacts where you are, if you’re sleeping, walking, driving, listening to music or whatever!

If you don’t know what Snapchat is or how it works, I would suggest you get familiarized as it’s popularity and growth are mindboggling (they had an IPO in March). The app has seen a lot of negative press because photo and video texts or “Snaps” as they are called, disappear after 1-10 seconds and there really is no easy way to monitor what you child sends or receives (however, screenshots can be taken and there are other workarounds). Forbes has written a pretty detailed summary which can be read here. Another good overview by Familyshare can be found here (read the snippets from the Terms of Use for a truly terrifying experience).

For security reasons, my occupation requires me to take extra precautions due in part to a subject showing up at my front door in the middle of the night. I had a security detail for 30 days at our home much to the dismay of my neighbors (that’s a story for another post). Since that ordeal, my residential address is no secret, but care has been taken so it doesn’t show up in public record databases or online. So the whole Snap Map irks me!

Playing devils advocate here for a second. A pedophile see’s your beautiful 13 year old daughter’s profile picture on Facebook after she commented on a radio stations post about her favorite artist. He takes a closer look at her profile and infatuation sets in. He digs deeper and her profile states which school she attends. There just happens to be cross post of an Instagram photo she shared. He heads over to Instagram to look at some more photos. There’s a trove of additional information; pictures of the family dog, siblings, best friends, classmates and all of those photos of your daughter and her best friend Jenny which show the locations where the photos were taken. There happens to be a Snapchat photo on Instagram of her with a cute bunny filter and the hashtag #addmeonsnap with her Snapcode. The pedophile scans it from a fake profile he created posing as a 14 year old boy, which she accepts. Her Snap Maps are turned on. He now knows where she is at all times through Snap Maps, plus monitors her Facebook account, her Instagram account and a Twitter account he found. Pretty simple for him catch her walking home from Jenny’s at night alone or watch from a distance to see when you’re away at work and she’s home alone. He already knows her best friend Jenny (she comments on all of her photos) and rings the doorbell under the pretext that he’s her uncle to gain entry into the home. Similar to the same way a predator hunts it’s prey.

Does this analogy really seem that far fetched? I can assure you it’s not and happens every day in various capacities. Here is an example from a local news story published today from a quaint, small city in Canada (where I happen to reside and Telematics is headquartered) where a young 16 year old girl named Hanna Leflar was murdered mid-afternoon by a past boyfriend who became “possessive and controlling”. The boyfriend enlisted friends to help him stalk her, and he and at least seven other teenagers conspired together to plot her murder and the murder of her boyfriend at the time (it’s important to note prosecutors considered charging others but decided they would be more helpful as witnesses). What if this group had Snap Maps?

Make Sure Your Child Has Ghost Mode Turned On

Multiple Law Enforcement Agencies have issued child safety warnings about this feature since its release. Thankfully, there is something called ghost mode. Make sure you speak to your child about their settings and confirm that are using these settings properly. In many cases location settings were previously set to on so that users could add geofilters to their snaps. These location based settings can be disabled entirely or your child can be selective about who they share their location with. WeLiveSecurity, run by ESET Security has a great resource available here and child safety group, Childnet International released a statement with some sound advice here. Alternately, there’s a short Youtube video embedded below.

Remember, the tools the good guys use, can also be used as weapons by the bad guys.

I Think My Spouse is Cheating. Now What?

Has your spouse suddenly started working a lot of extra[...] 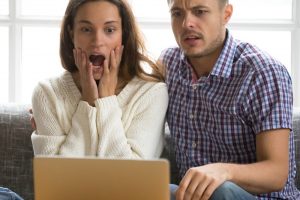 Is there someone that you’ve lost contact with over the[...] 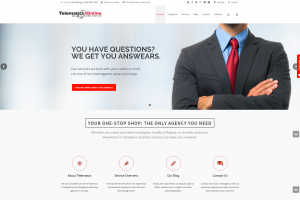 Telematics-Online is pleased to announce the launch of our new[...]

We do not sell or share your email address. By submitting a comment, you accept that Telematics-Online Research & Investigation/Off The Record Journal has the right to reproduce and publish that comment in whole or in part, in any manner we choose. Please note that we do not endorse the opinions expressed in comments. Comments on this post are moderated according to our Submission Guidelines. Comments are welcome while open. We reserve the right to close comments at any time.

Have you loaned someone money only to have them di

Is there someone that you’ve lost contact with o

We’ve all heard the saying “trust your intuiti

It's not just the jewellers, florists, chocolate a

We do a lot more than document unfaithful partners

If you can't reach us through the live chat box we're currently offline. Send us an email and we'll get back to you asap.